The 3rd round of the PECO XC saw the clubs arriving at West Park for an approx. 5.2 mile course.  It also doubled up as the final round of the HPH Off Road championship.

It was our best turn out for an Off Road round and PECO so far this season with 28 men and 26 ladies taking the start. 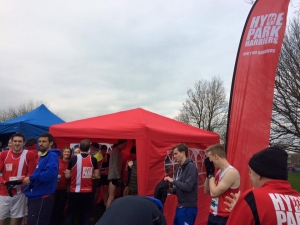 It was again the mens race that went off first and the HPH men had a lot of work to do to in the league as they were bottom of the premier division after 2 rounds.  There has been talk of spread sheets and pressure being applied to get some more of our group 8 men out as they start the fight back and it seemed to have worked. 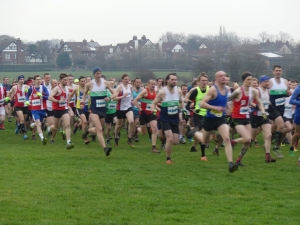 The first mile took runners around the outside of the football pitches and back past the ladies who were in good cheering form as they waited to start.  Soon it was off into the woods and a few climbs and there was a bit more mud around then at the first two rounds.

The final mile of the course took you back round the fields that were used at the start and the first Harrier into sight was yet again Alec Francis who came home in 18th and a time of 31.24.  The men soon came in thick and fast with some brilliant battles going on.  Philip Goose was next in 27th (32.17), then in 29th Michael Vargas and 30th George Anderson both getting 32.26. 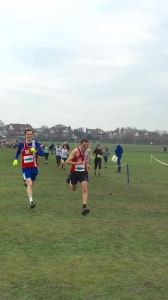 As well as our first 8 men scoring well our next group of men all came home strongly taking points off other clubs.  Michael Taylor had only been 1 second behind Ben before Adam Lomas and Mike Gallagher came in on the same time of 35.09 in 97th and 98th.

The first club championship Premier division scorer was Colin Tranter in 35.28 in 107th.  In total 461 men finished, we lost Tom Thomas  early on with a slight injury but the battles continued right through out the field.

When the final scores were in the men had finished 2nd in the Premier division just behind Valley Striders which moves them off the bottom of the table as they climb above Kirkstall Harriers and now level on points with Wetherby runners.  Still plenty of work to do but back in the fight.

Next up was the ladies race and the HPH ladies are in top form this season having taken top spot in the 1st division at the first two rounds.  In those races they had been lead home by Meghan but with her missing the other ladies still put in a storming performance.

Rebecca Gray was first Harrier home in 28th and a time of 39.59.  She also claimed top points in the club premier division. 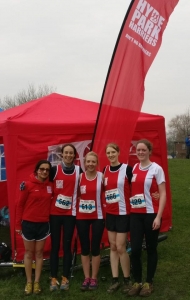 As with the men the ladies were strong through out the field with some really close battles and the strong finishes we have come to expect.  When the scores were in they had done it again.  The ladies took top spot in the 1st division extending there lead to 6 points over Chapel Allerton runners and can secure the crown at the next round.

It was an excellent day for HPH and the atmosphere was amazing again.

Thanks to Philip Bland for the action pics.