Roundhay park hosted the final PECO round of the season and the final round of Hyde Park Harriers Club Competitor championship.

The club competitor covered 40 rounds which was all the road, off road and fell championships.  Plus it was all 5 rounds of the PECO, the Yorkshire, Northern and National XC, the Leeds Country Way, Calderdale Way, Golden Acre relay and Washburn relay. 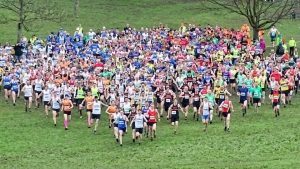 Slight rain greeted the 40 Hyde Park Harriers at Roundhay (23 men and 17 ladies) and there was plenty to play for.  For the men it was all about staying in the Premier division and after a slow start they have come good, while for the ladies they were almost champions of the 1st division and any decent result here would finish off a great season in style.

The first Harrier home after plenty of mud and some nice hills was the excellent Alec Francis.  Alec has been team captain for the men and has been on amazing form all year.  Here he came home 8th in 28.12 which was another cracking performance.  This meant that in the mens overall he came 6th and is delighted to be called up for the PECO team at the relays against the West Yorkshire league and all at HPH wish him luck.

On to the ladies and it was Rebecca Gray that came home as first Harrier in 16th overall and a time of 34.51.  Claire Geeson and Caroline Young had a cracking battle to come home 47th and 48th while the next two point scores were Naomi Farrar and Matilda Rhodes.

The ladies scored 3rd in class on the day but have finished an excellent year as champions of the 1st division, 5 points ahead of St Theresa’s.  Well done ladies and bring on next years Premier division.

In total 80 Harriers ran for us at PECO with 11 doing all 5.  There would have been more but we know that a few gave up there round 2 run at short notice to help out as we were organising and all the help was very much appreciated.

All this meant that in the Club Competitor championship a massive 147 Harriers have scored (74 men and 73 ladies).  The most events were done by Scott Watson with 27 races, followed by Jimmy Sheldon with 26 and Richard Edwards with 23. 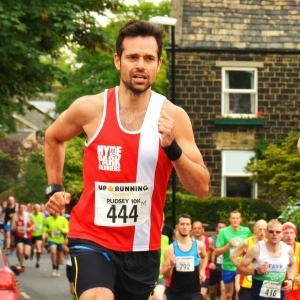 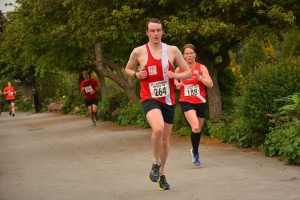 In the ladies Samantha Scarlett came out top with 19 races, followed by Emma Amor 18 races and Lois Gardner with 17 races. 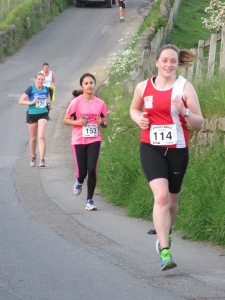 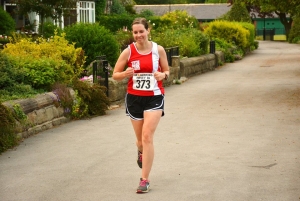