January 3rd saw the 3rd round of the PECO Cross Country Championship taking place at Middleton Woods.  After lots of rain over Christmas which saw large parts of Leeds flooded this was always going to be another mudfest.  Even after Christmas and New Year excess we still had an excellent turnout of 26 men and 24 ladies and what a performance it turned out to be.

A strong performance by David Driver saw him leading home the Hyde Park Harriers men in 12th, with Stan Karanasios next in 26th and Oliver Leonard in 36th.  Philip Goose was only 5 seconds behind and also scoring for the A team were Anthony Aimon, Mike Gallagher, James Booth and Tom Pollard. 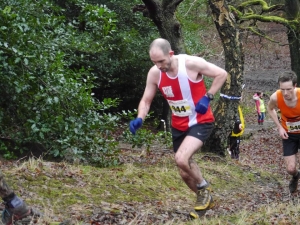 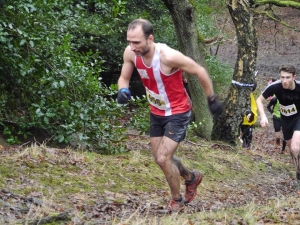 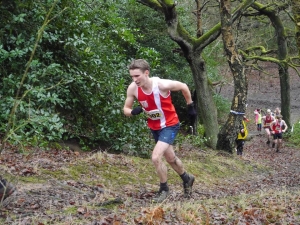 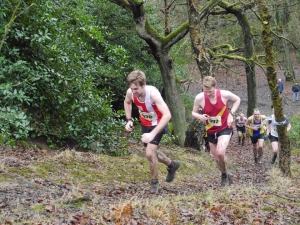 It was a strong performance all round and produced a final position of 3rd in the Premier division.  This leaves the men 4th out of 7 teams after 3 rounds but only 1 point behind 3rd.  The mens vets team aren’t scoring to highly but the B team were a strong 3rd and we also we had a C team score in 13th out of 15 teams.

The mens result was good but the ladies teams performance was excellent and saw them win the 1st division.  Rachel Bourne was first home in 17th, Rebecca Rogers 22nd, Monica Padilla 26th, Robin Culshaw 38th and Caroline Young in 55th.  This leaves the ladies 5th in the 1st division out of 7 but only 1.5 points behind 2nd.  The ladies B team were strong in 3rd, and a C and D team scored. 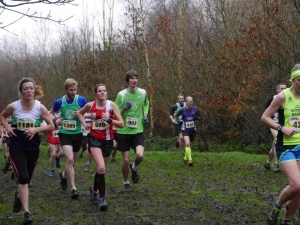 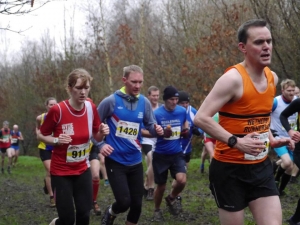 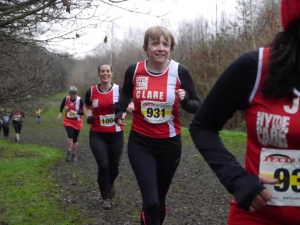 There was strong performances through out the field with the usually sprint finishes but the competition for who was the muddiest was easy to decide with Jaz taking the honours. 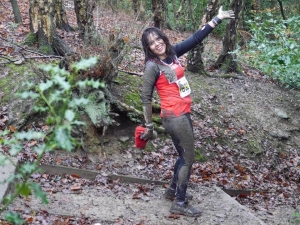 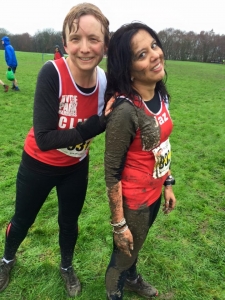 The next round is on the 24th at Golden Acre and hopefully we can have another excellent turnout.

Thanks to Phil Hammond for the pics.