This weekend saw the start of the fell racing championship. Colin didn’t want to ease us in gently this year so instead he chose to add a new race into the championship, an AS route up one of Yorkshire’s 3 peaks, Pen-y-Ghent. 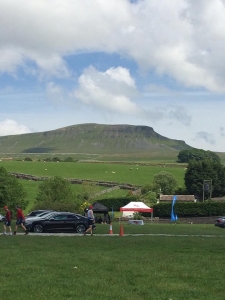 Dan and I decided it would be a great idea to arrive in style with a convoy of Vauxhall Adams. We even stopped for a ‘Dan Waas’ social to Starbucks on the way, not only to ensure we were caffeinated ready for the race but also because some of the crew had forgotten to bring a snack for our kit bag (a requirement on the Pen-y-ghent kit list).

We arrived in Horton in Ribblesdale to glorious sunshine, signed in and met up with the rest of the HPH group for our pre-race picture. Kit had been reduced to a waterproof top and map due to the lovely weather. The race organisers were really friendly and helpful, even when I was having my panic about whether I would get lost but I was assured it was a path to the top then flagged from there.

We were then ushered and counted into the start pen ready to set off. The start was a quick one with the first mile being relatively flat and on road. After that the next 2 miles took you up fields, steps and a scramble up the side of Pen-y-ghent. After the scramble there was still a bit of climbing up to the trig point, which is where the fun began. 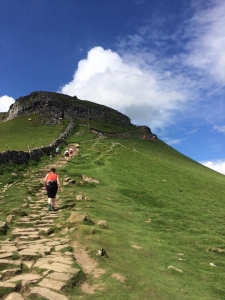 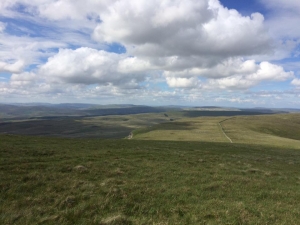 The first part of the descent was quite stoney and slippy just keeping upright was a challenge. We were then directed off the usual path through boggy moor until you got to a section of the course where you could opt to take 2 alternative routes on the path but after that climb we could definitely all consider ourselves hardened fell runners and none of us were going to take the ‘easy’ route. Matty’s brand new mud claws had arrived the day before the race and he was keen to take them for a test drive of the full fell running experience.

Coming down through the moor I could see runners in the distance going uphill. What? Another hill? This was 5 miles into the advertised 5.9 mile race so I gritted my teeth certain this must be the last climb of the race. As I started the decent into Horton I could see the starting field and looked down at my watch to see I was almost on 6 miles so I picked up my pace in the hope I could catch Aron Hinds who had been a few hundred metres ahead of me the whole way round.

We popped out in the centre of Horton where I was certain we would be directed straight into the field to finish until I saw runners in the distance running up hill and passing the entrance to the field. Dammit they were sending us right round the outside of the field to come in through the top corner we had come out of. Another grit my teeth moment as I finished the final stretch up the road and into the field. I was greeted with the usual HPH cheer squad in Adam and Michael as I came down the final hill. 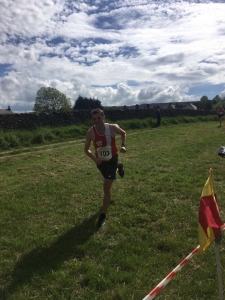 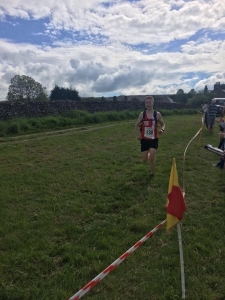 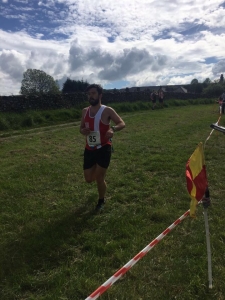 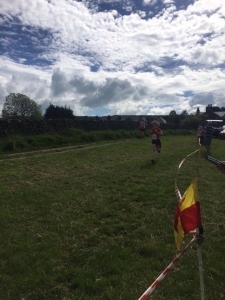 Looking at my watch the race had actually been 6.75 miles but I had had that much fun running through the beautiful Yorkshire dales that I actually didn’t care it had been long.

Next over the line was Daniel a very very new runner to the club, in fact he had done his first Tuesday and Thursday session that week and had chosen to do this as his first ever race. Next through was Mr Daniel Waas looking casual and relaxed as ever clearly at one on the mountains. Richard shortly followed looking like he had actually really enjoyed himself despite his worry over taking on a mountain for a race. He was followed shortly by Rick who wasn’t too sure whether he had enjoyed himself or not. After that was a battle of the sisters. Tilly and Jo had been together most of the race but then their competitive side took over and Tilly sprinted in just a few seconds ahead of Jo. Matty followed in closely behind having spent most of the descent with the Rhodes sisters, you could tell he had worked hard as there wasn’t even anything left for a classic Matt Gray sprint finish. Sam and then Clare then finished close behind. An excellent result for all! Especially for all the Harriers that had taken on the Otley Chevin Fell Race, ABC or both that week. 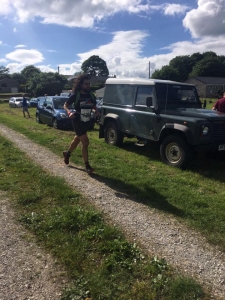 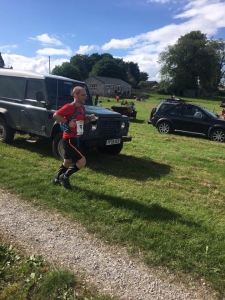 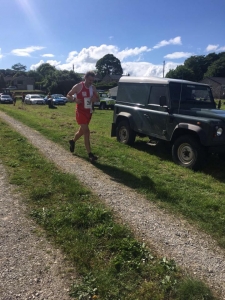 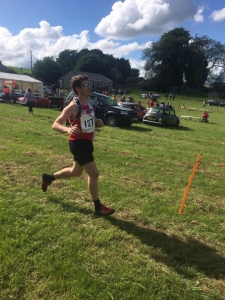 At the finish we were greeted by a tent filled with enormous cakes only asking for a donation. Trying to decide which one to take was a tough decision, some were deliberating on the best flavours, I tactically bought 2 slices, ate half of each leaving half of my chosen flavours for Matty. Then there was Adam who just wanted the most for his donation and spent a good few minutes deciding which was the biggest piece he could get.

We hung around for the prize giving as I had taken the prize for 2nd lady and we were glad we did as we cleaned up in the random spot prize giving coming away with the best beard award (Daniel Waas), the ugliest man award (Rick Pullan) and the who wants this bottle of wine award (Sam Scarlett). 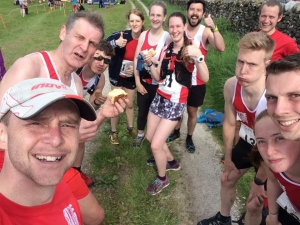 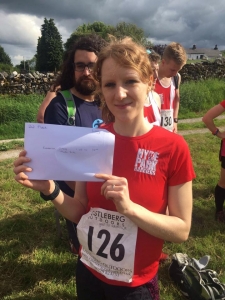 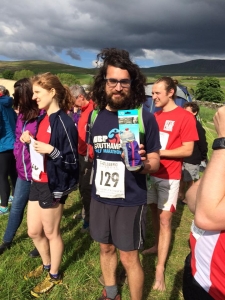 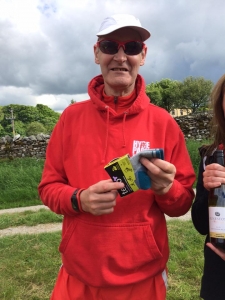 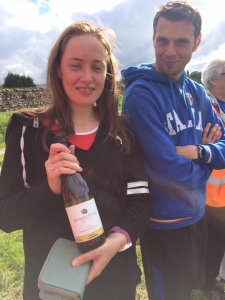 All in all a great day out and definitely one I will be getting in my calendar for next year.