I have updated the road championship points after the Abbey Dash results. There is two chances to score left. On Wednesday it is the final chance to score at the Brownlee 5k, then in Feb we have the Dewsbury 10k (both are now sold out).
Best 6 scores out of 10 counts.
Prem men – Phil Goose is champion with a maximum score of 120 points. Even if he drops points at the Brownlee he can’t be caught. 2nd is Paul Sawyer on 113 points and Matthew Gray is on 94. 15/20 men have scored so 5 are looking at relegation. 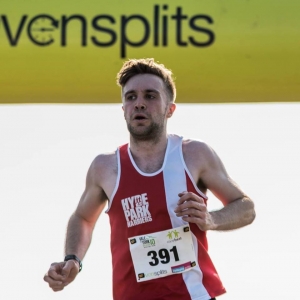 Mens 1st – Michael Vargas is champion with 119 points, Paul Dickens is on 106 and Mark Haddrill 103. Also in promotion places at present are Angus Milne and Rob Howard. 11/20 have scored so 9 are looking at relegation.
Mens 2nd – Chris Carrick is leading on 105 points from Curtis Broadhead on 98 and Chris Hassall on 86. Also looking at promotion at present is Jonathan Spain, Tom Thomas, Adam Lomas, Sam Cunningham, Fred Cowen and Tobias Adkins.
40 men have scored points in the division.
Into the ladies prem – Clare Rosemary Evans leads on 98 points from Clare Maxwell on 90 and Jo Rhodes on 75. 15/20 have scored so 5 to be relegated. 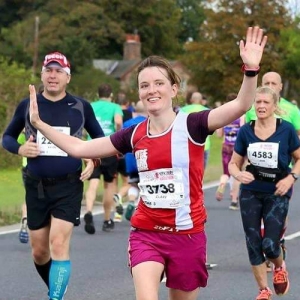 Into the 1st division and Amy Louise Young is champion on 120 points with Claudia Bauer on 96 points and Lizzie Coombes on 80. Also in a promotion spot are Emma Brown and Jane-Marie Bracchi. 16/20 have scored so 5 to be relegated.
In the 2nd division 29 have scored with Lydia Green champion on 120 points. Ruth Norman is 2nd on 71 points and Lorna Rae Midwood and Roberta Imogen Jordan Blizzard both on 70. Also in a promotion place is Alys Wyn.

The club Off road championship has been updated after the Holly Hustle 22k. There is still 3 rounds to go so plenty to play for. They are races at the Chevin Chase, Temple Newsam 10 (both now full) and the National XC.
As with the road championship the best 6 scores from 10 count.
Mens Prem – Paul Dickens leads on 103 points from Michael Vargas on 100 and me on 94. 13/20 have scored so at this point 7 are looking at relegation. 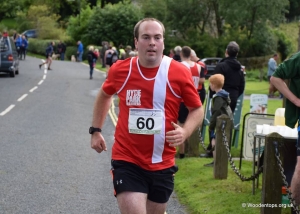 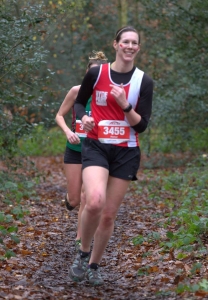 Ladies 1st – Claudia Bauer leads on 90 points ahead of Amy Louise Young on 80 and Nichola Ní Mhuraláin 77 points. 8/20 have scored so 12 looking at relegation.
Ladies 2nd – Sarah Underwood leads on 99 from Alys Wyn on 94 and Lizzie Coombes 71. 17 have scored so far.

Club competitor championship has been updated including 1 marathon, ultra and Ilkley skyline points added. Still lots of chances to score points but its all very close –
In the mens i’m defintely not keeping the shield, but its a fierce battle to see who gets it next. Matthew Gray and Paul Dickens both have 23 races under there belt with Adam Lomas on 20. I believe Matty is planning an Ultra and a skyline outing to put the pressure on. 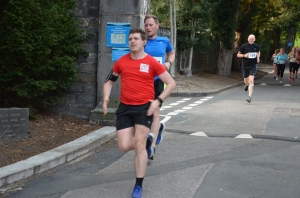 The ladies competition is going to go to the wire as well with Jo Rhodes leading on 19 races from Amy Louise Young on 18 and Rebecca Elaine Gray on 17. 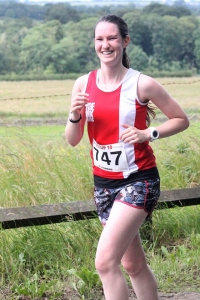 77 men have scored a point and so has 77 ladies.
As with the other championships, points are on the website.