When I entered the Ronda Del Cims I posted “what have I done!!”. A huge challenge for me. My first 100 mile race and a tloughie. But I needed to find a way to prepare myself. Loads if climbing and 2 weeks in Andorra to prepare. On the start line my head was right. I was super confident that I would get round even though only 50% of starters finish.

I had been given good advice. Get to first bag drop at 70k. Sort yourself out in the knowledge that’s the hardest part was done. The first section involved a 1600m climb straight from the start. A huge climb at about 40k to the highest peak at 3000m where there was a bag piper piping everyone as they summited and a 1500m descent on horrendous terrain in the dark with chained sections. This was a feet killer.

The next 50k was great but huge. But nutrition and drinking was pretty good and I ran with some great men and women runners. I then regrouped with 2 brits who I stuck with to the end. Our average age made us look like a “last of the summer wine” goes for a long walk in Andorra episode. But we worked well as a team. All strong going up but struggling with blisters to keep speed in descents.

Then the storm came. Waterproofs on and absolutely battered by hail. Then in the shit high up on proper mountains at 2700m in thunder and lightening right on us. The path down was quickly in full flow as mud water and frozen hail hustled down the hill.

Arrived at little town on the col at 4.50 UK time. Dived into first bar to the amazement if a fellow runner to find out that England had just that minute beaten Sweden. Bugger we had just missed the end. At the check point and last bag drop I had a complete set of dry kit. So fed and change and ready to go we were told the race was suspended possibly until morning. So off to sleep I went to rest my weary head. Was woken at 11 pm and told we could go in groups of 4. Was like the fellsmen. We had 40k to the finish an 12 hours was predicted time. So of We went to see if we do do a marathon distance in half a day. We nailed it after climbing the first col on steps cut up a snow field holding fixed ropes. The last 16 k is down hill. I had always hoped for sub 48 hours. so some dodgy maths adjusting for the suspension meant 1 hour 30 for last 12k we hammered it and flew down. I couldn’t believe that after 51 solid hours 105 miles and 13500m up and down we could run so fast. Strava said I did a 4.05 km at one point. We overtook a pair of runners that couldn’t believe it. Sacre bleu.

Finish at midday to cheers and music. And free beer. And my belly said yes I could drink it.

And I was right . To succeed in stuff like this you don’t need luck you just need to avoid bad luck. Bad luck hit those who were an hour a so behind us and got stopped by the storm.

Chilling now in girona with John Patrick Kennedy. Whose task is to feed me up so at least I can atopp my jeans sliding of my skinny ass for when I get home.

Last thanks to all that have supported me in getting ready for this madness. And Brian Melia, Duncan and Daniel Heideck who shared the fantastic mountain’s with

Most of the photos were taken on recces but all are on the race route. 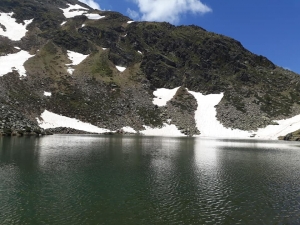 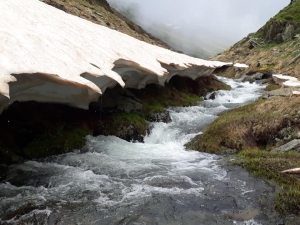 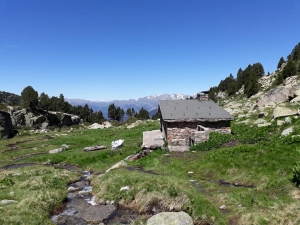 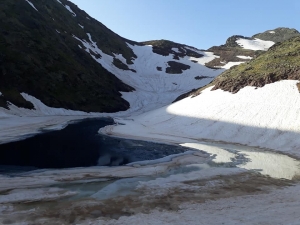 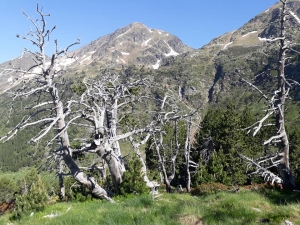 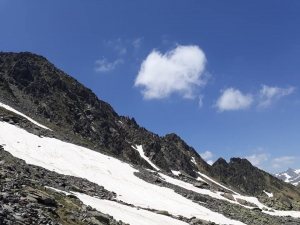 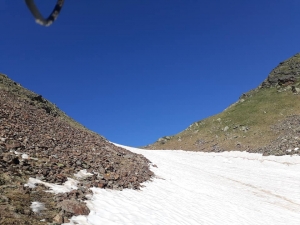 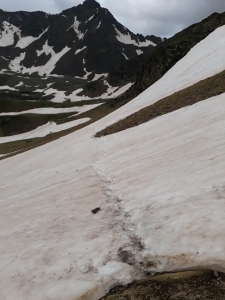 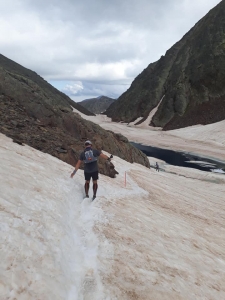