The history of this Fell Race can be traced back to the 1870’s.  Along with the Pet Show, and Guess the Weight of the Sheep competition, the race is a major event in the Burnsall Feast Sports Day which started in Elizabethan times (for the Feast of St Wildred).  As part of the Hyde Park Harrier 10 year anniversary, we added the ‘Classic’ to the Fell League to give our runners a chance to go head to head with some great runners on the famous 2.6km scramble up Burnsall Fell. 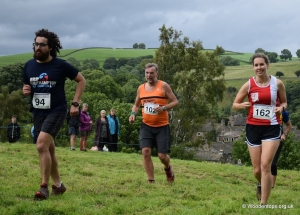 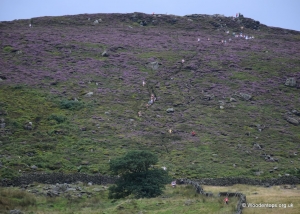 8 HPH-ers made the trip out to Burnsall, and started the race outside the Red Lion.  A short road section leads to the steep climb up a marked route over the fell, eventually reaching the flag at the top.  The descent can follow pretty much any route, and the village green is full of people, looking up to witness hundreds of runners swarm off the hill top and into the heather. 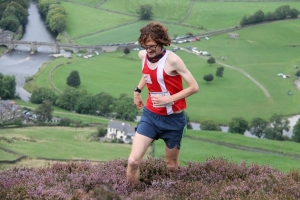 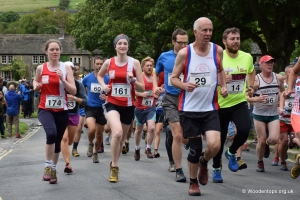 The first part of the run from the summit is probably the most technical bit of running/falling in the HPH Fell Championship.  With slippery rocks, limited path, and thick heather- the people at the front almost throw themselves off the hill.  After a scramble over a wall, it’s then a short and very fast run back into the village. 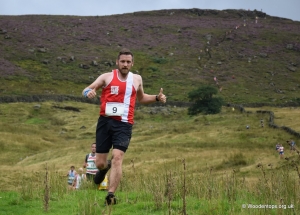 Dan Cross once again put in a magnificent performance, getting to the top of the hill in 3rd, and finishing in a very respectable 7th spot behind some Fell Running legends (Ted Mason and Ian Holmes)!  Colin, Scott, and Matt battled it out further down the field, whilst Robin cemented her position at the top of the Ladies Fell League with another great bit of downhill sprinting. 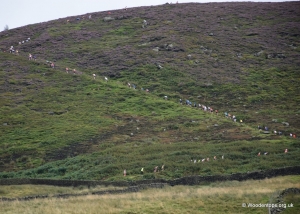 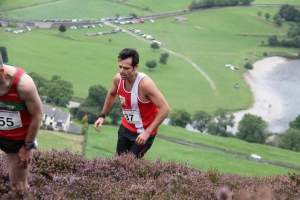 Allowing the anticipation on the finish line to grow- Dan Waas timed his appearance perfectly, as a steady handclap grew into a mass of cheering joy (like the bit at the end of Cool Runnings).  He completed the race just behind Caroline and Emma.

Dan successfully completed a Park Run, the Burnsall 10-mile race, and the Classic, before a well-deserved coke (slice of lemon, no ice) back at the Red Lion.  A tough run, but great to see Hyde Park Harriers so well represented in such a famous event.

Plenty of races to go, so if you haven’t tried fell racing- come and give it a go!  At the half way stage- the HPH Fell Leagues looks like this: