A busy HPH racing week, with 2 relay events, and a number of people taking part in the Leeds 10km last Sunday.  These races were bookended by 2 HPH Fell Championship races at Baildon Carnival and Oxenhope Village Fete.

After a large HPH turnout at Otley the numbers were down a bit for the 2nd race in the Fell Championship at Baildon.  Scott Watson maintained his 100% record in the fell competition, racing past Jimmy on Hope Hill after a steady start, and finishing as top Harrier.  Chris Jones completed his last fell race before his 60th birthday in 34th position, before a quick exit to fill out those Senior Rail Card forms and B&Q Diamond Card registration.  Hyde Park Harrier results below: 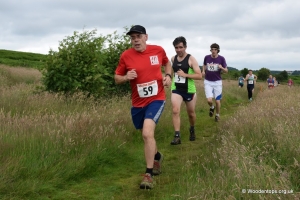 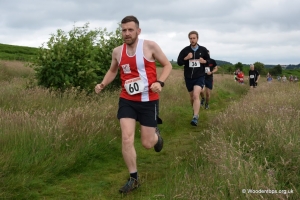 Another fell race at a village fete, and a decent set of results for Hyde Park Harriers.  This has got to be the best race of the year…if you couldn’t make it this Saturday, make sure that you’re there in July 2017! 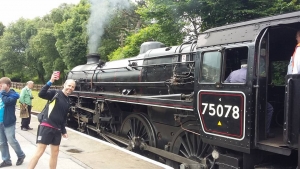 After arriving on a steam train from Keighley, and a reasonably successful round of ferret roulette, 5 Harriers lined up for the 5.3km route around Oxenhope.  Starting from the dog agility arena, the runners scrambled past the Haworth Brass band, between the fete pony rides and onto Mill Lane.  The giant tawny owl, hoping to rekindle that brief but powerful bond with Dan Waas from 2015, looked on forlornly as the fete arena slowly emptied. 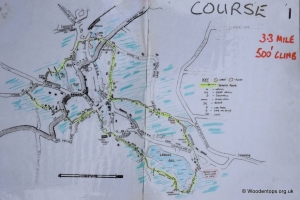 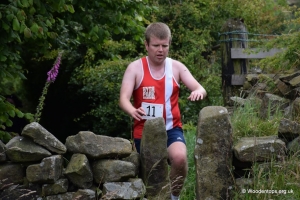 Jimmy and Scott once again battled it out to be top Harrier, neck and neck for the first climb, until Jimmy managed to pull away on the muddy downhill to Denholme Road.  After ducking under washing lines, the race runs up towards Whinny Hill, before looping around Leeming Reservoir, and finishes with a maze of garden paths, and a fast downhill to the finish.  Paul Sawyer, running in his first fell race, managed to lead a number of runners the wrong way, despite a recce of the route just an hour before the race.  This was soon forgotten after the run with some excellent work on the tombola, taking home the star prize of a large stuffed pig. 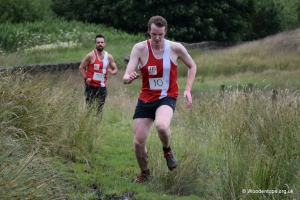 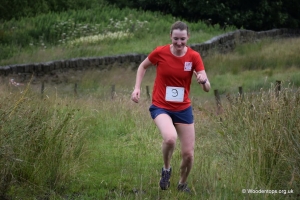 Last year Rebecca Rogers and Claire Geeson were 2nd and 3rd lady in the race.  This year, Robin Culshaw continued the HPH tradition of a top 3 finish with a superb run.  Robin finished 2nd to local lady Helen Glover of Keighley and Craven and 17th overall. 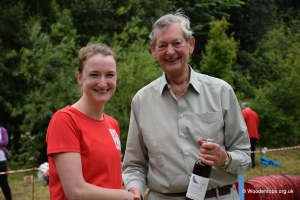 Ice-creams for all the Harriers- and then a beer on the train home rounded off a brilliant fell running day.  Results below: 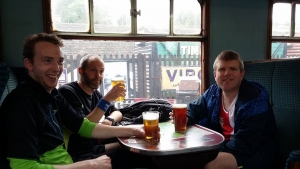 photos c/o Woodentops (thanks to Dave Woodhead for organising the team photo!)

With only 3 races complete, it’s still early days in the championship.  The next race is over in Otley at Round Hill on the 7th August.  All to play for, and some great races coming up!  As it stands, the tables look like this: