A 400 metre ascent within the first 2km of this event makes it one of the tougher races in the HPH Club Championship.  The mild conditions (and the complimentary beer) encouraged a good size field, with over 170 runners taking part- twice as many as last year.

The race started on the bridge over the Rochdale Canal, leading to a congested, muddy scramble through the wood at the start of the climb.  After some polite queuing for the stile above Hill House Farm, the 6 Harriers eventually made it up to Heights Road. 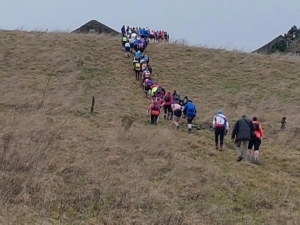 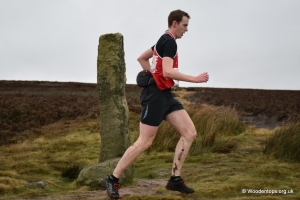 Alec led the way as the track met the Calderdale Way, and was the first past Churn Milk Joan and over the bleak knoll of Crow Hill.  A fast section off the moor, and up towards Castle Carr was pretty easy going, before the steep 150m mud steps back up to the tops. 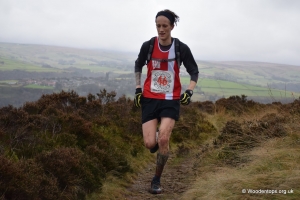 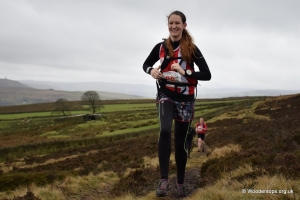 Although the climb was tough, and the headwind at the top was a little brisk, it would have been much easier without the HPH Christmas Party the night before.  Usually at the 6km stage, I’m looking forward to a tasty gin and tonic- not trying to vomit half a litre of gin over a grouse butt.

The race organisers did a brilliant job of marking out the 10km course, with flags everywhere.  Rather than worrying about which direction to run in, we were able to take in some spectacular views over towards Hebden Bridge and Stoodley Pike, as the race levelled out around the moor edge. 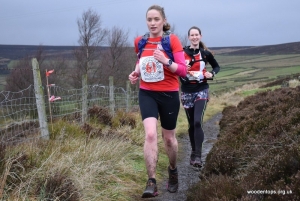 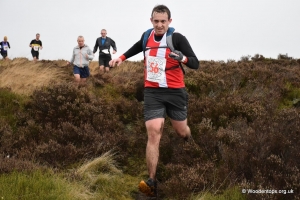 The final descent was a slippery affair, with runners trying to avoid a dangerous slide into the gorse bushes- before a brilliant grassy run down towards the finish at the canal. 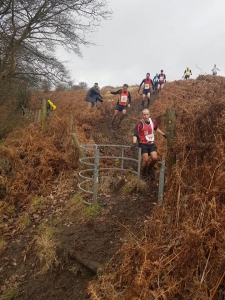 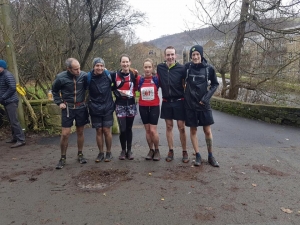