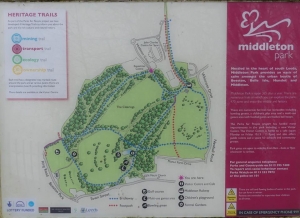 Round 2 of the PECO series and again not too much mud, saw the runners taking on the fields, paths and woods of Middleton Park.

Again there was new faces and returning runners including Paul Whitehurst who was running 2nd claim for us.  There was only 16 Harrier men in a field of 393 but it was Alec Francis who again lead them home in an excellent 9th overall.

Unfortunately with the standard so high the men came 7th out of 7 in the premier division but still plenty to play for.

Again it was the ladies who shone getting there 2nd class win out of 2 events. 14 Harriers in a field of 284.  They were again lead home brilliantly by 7th place Meghan Bentley.  Next was Rebecca Gray in 19th, then it was close between 45th Reena Mistry and 48th Claire Booth.  The final point scorer was Lois Gardner who was only 9 seconds ahead of Harriet Shaw. 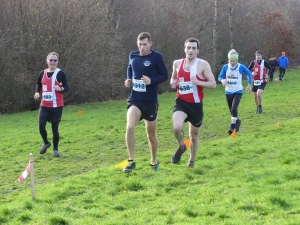 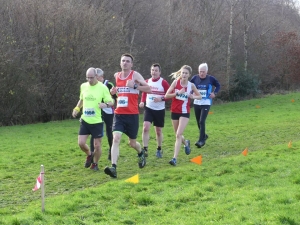 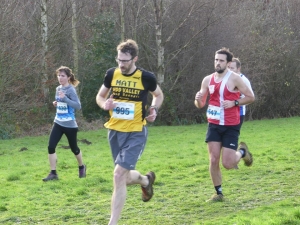 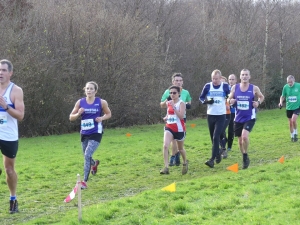 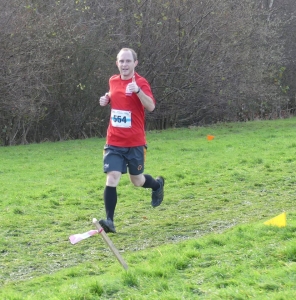 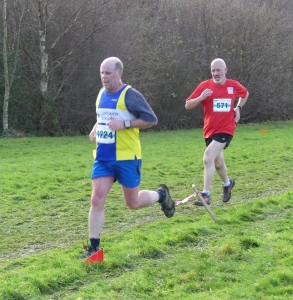 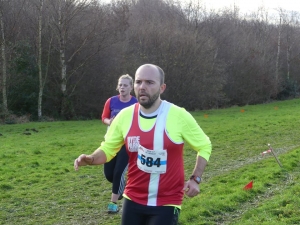 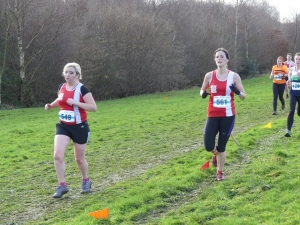 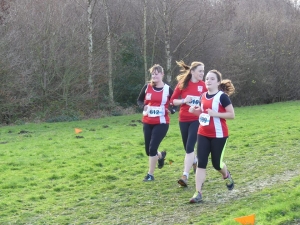 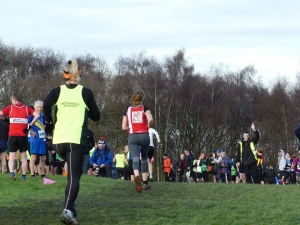 Lets be honest though, this round wasn’t about the result.  This was our round to organise and run.  We have a team of people who look after our mile event each year but for the PECO it was to be a new team.

I (Richard) went to the AGM with a criteria to take one of the later rounds so what did I do….Came back with round 2!!

Phil Goose stepped forward to lead on this but wasn’t going to be able to be there on the day.  He did all the hard work, sorting out the paperwork, route, venue and food etc.  I’m sure you will all agree that it was a successful event.

The route took a few changes along the way, at first there was to be a water jump but the park came back and said we couldn’t use it and a couple of recce’s saw us taking different routes but the 4.5 miles of twists, turns and a few hills did come together.

On the day set up of signing on and the course started at 8am, and we relied on a lot of people who gave up there time to help set up.  1st priority was the junior course and by the time of the start for the senior race people were still rushing around getting the final marshal’s in place. All though there was a lot of stress behind the scenes we hope everyone enjoyed the event.

We are very grateful to everyone who helped on the day be it set up, marshal or even supply cakes.  I know of a few people who came to run and gave this up to help out.  Thank you all.

The next round is on the 22nd Jan and is on our doorstep at West Park.  No excuses, lets get everyone out there.  The ladies can extend there class lead and lets get the men off the bottom of the division.  Kirkstall Harriers are only 1 place ahead and are the host club so will lose some runners.  Last year we were 4th at this round and we have the potential to be even better.

Have a great Christmas and New Year everyone.

Photos thanks to Philip Bland.