Two more fell races in the HPH Club Championship, the first on Ilkley Moor last Sunday, and another at the eastern edge of Haworth Moor this weekend (where were you all?)

Although technically in the Fell Championship rules – all 6 Harriers that took part in this years race decided to take the trail option!  This is a great race over Ilkley Moor, with a steep start, and a section that never seems to dry out through the Rivock Plantation.  The trail race heads further up the moor than the fell route, almost hitting Bradup Stone Circle, before the long run back down towards Keighley Road. 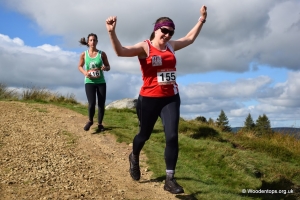 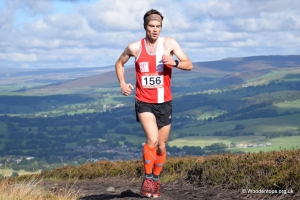 Previous HPH-ers have got lost on this route in the past, but it doesn’t seem to have been an issue this year, as the team cleaned up at the awards ceremony at The Station pub.  Michael Vargas continued his great form (in all races), by winning the 2016 Rombalds Romp, with Ben just behind in third.  Scott finished in sixth, which allowed Hyde Park Harriers to claim the award for top club. 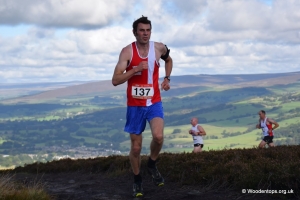 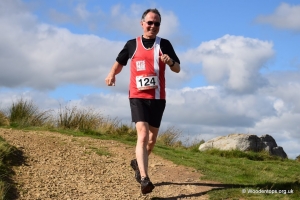 With some fantastic HPH running action happening elsewhere in Yorkshire last Sunday, a (slightly) unfit Jimmy, and an injured Colin managed to claw back a few points in the HPH Fell Championship. 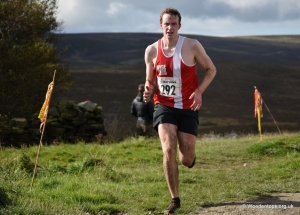 It was a bright sunny day up on Haworth Moor, but an extremely boggy run out towards the farmhouse ruin near Top Withins.  Ticking off one or two Bronte inspired walking trails on the way back, Jimmy forged ahead, finishing over four minutes quicker than last year.  Colin was a few minutes behind, finishing as last placed Harrier this year- four minutes slower than last year.

There’s a great article by Boff Whalley about this race in the Guardian, from a couple of years ago- in 2014.  Fell running is a brilliant way to explore some of the more rugged and beautiful areas not far from cities like Leeds.  Although some of the races can be a bit technical at times, it’s also great fun.  Have a read:

With 7 races now complete, things are looking interesting at the top of the Mens Championship.  Only your best 5 races count, so still plenty to play for:

Robin is way ahead in the Ladies Championship but can still be caught!