Starting just outside Timble Village, near Otley, Round Hill is a 14km run over Blubberhouses Moor.  The race passes through a wood, before the boggy, undulating climb up to Round Hill at 409m.  A fast downhill section through Black Hill Bogs then leads to a steady climb back up to High Badger Gate and a 1500m sprint to the finish.

28 Harriers have attempted this race since Dave McGuire in 2011, with 12 representing the club in this years event.  Mens HPH Fell Champion Dan Cross raced for the first time this season, and although he beat his 2015 time, he had to settle for 2nd place as David Driver finished 16 seconds ahead in 59:50. 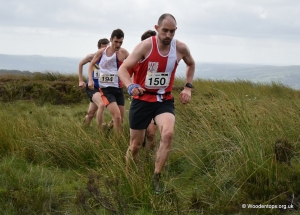 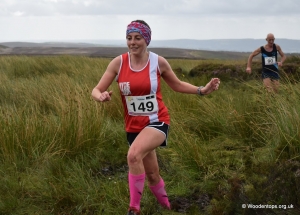 Sadly, David and Monica are both moving on from Hyde Park Harriers, but in their last race for the club, they both managed HPH records for Round Hill.  David beating Stans 2013 record, and Monica finishing as the faster ever lady in 01:15:37. 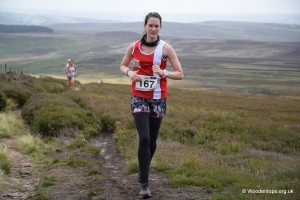 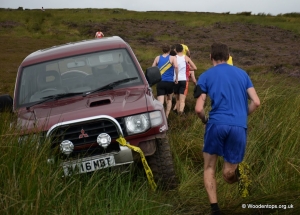 Battle scarred Robin grabbed 2nd spot for the HPH ladies, and 10th lady overall as she hobbled over the line after a nasty fall on the final sprint.

With Jo and Emma not far behind Robin, the returning fell man (club treasurer and beard owner) Dan Waas, came in as the final Harrier. 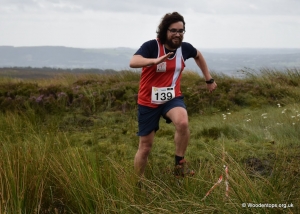 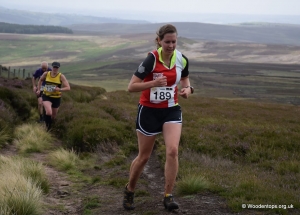 Special mention to Mike Vargas who ran the whole of the race after 1 hour of sleep, finishing 24 seconds behind Dan Cross, and then had to cycle back to Burley-in-Wharfedale train station with a flat tire.