It’s home to Amsterdam’s most expensive hotel room at £8,000 a night, a members-only club, €15 gin and tonics, and panoramic views of the city.  Last Sunday, Hyde Park Harriers introduced Leeds (1am Sunday morning) to the exclusive Amsterdam Tower bar. 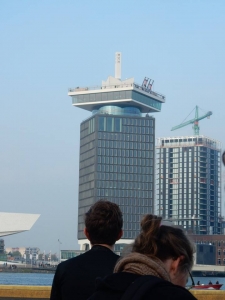 As the last HPH glass smashed on the exquisite dance floor, and the finger sucking moneyed classes of the City shuffled quickly away to the plush seating deck, it was a chance for the Harriers to look out over the brightly lit City Centre, and reflect on a great weekend of running and Dutch culture…

To celebrate 10 years of Hyde Park Harriers, Rebecca put together an amazing trip for 24 runners and supporters of the club, based around 3 Amsterdam races. 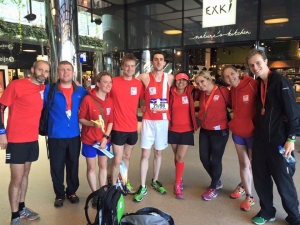 We arrived on Friday at the clinknoord hostel, and immediately began carb loading in preparation for the racing on Sunday.  The marathon runners (requiring more carbs than other runners), focused on beer-pong before heading out into Amsterdam to negotiate entry into clubs requiring dinner jackets, and then some standing-up corridor sleeping (Paul) to strengthen lower abdominal muscles and hamstrings. 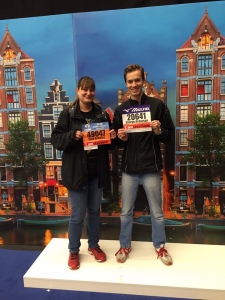 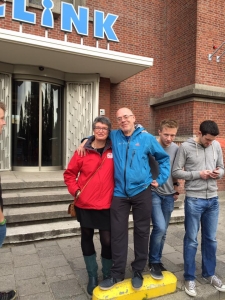 Saturday was a rest day for everyone.  After a trip to the marathon expo we split into smaller groups to explore Amsterdam on foot.  Whilst some members of the club were inspired by Rembrandt, Van Gough, and the impact of the Dutch Golden Age on Amsterdam’s canal development, others preferred to browse Amsterdam’s long tradition of tolerance with an exploratory trip to the rosse buurt. 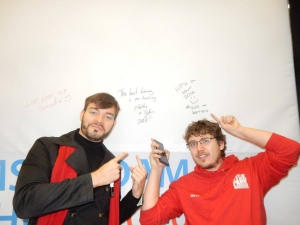 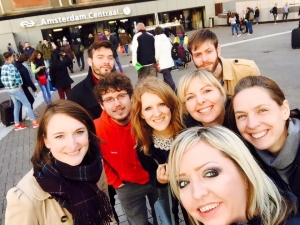 The HPH support crew, plus marathon and 8km runners were up early on the Sunday morning.  Knak Worst, the very latest in ergogenic aids, were cooked up Liz for Tom Mason in the hostel kitchen.  The team then set off to the Olympic Stadium, whilst the Half Marathon runners focused on the mental aspect of the day ahead, sleeping in until 8:30 (sorry Jaz!) 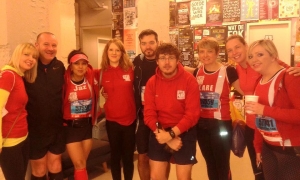 The marathon started and finished in the Olympic stadium, following the River Amstel south, before turning back for a quick tour of the City via the Rijksmuseum.  Tom was first back, smashing out a superb pb of 03:22:41, whilst Farhad also grabbed a pb, just a week after the Yorkshire marathon.  Chris finished, gliding around the course with an on-schedule, good for age marathon time, of 03:41:46.  Matty, who had been marathon tapering successfully for over a month, ran into the Olympic Stadium in just under 6 hours, supported by a HPH support crew that picked him up at multiple locations around the route. 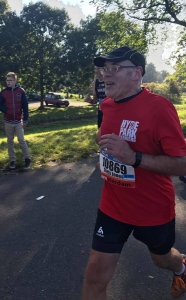 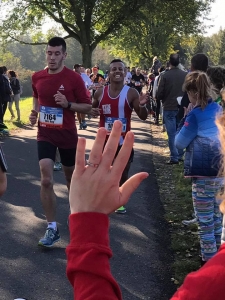 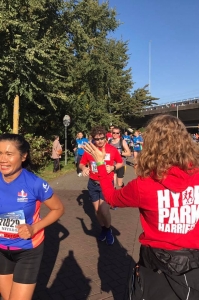 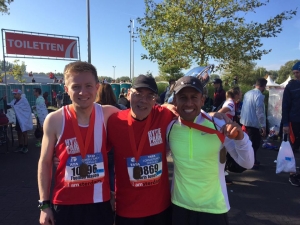 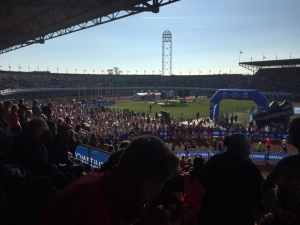 The 8km runners set off just after the marathon start, and completed a flat loop of the City, with a fast finish through Vondelpark.  Jonny completed a Mason double, by finishing as top Harrier in this event.  Laura, was just behind- finishing in a brilliant 53rd out of 2499 in her category.  9 Harriers completed the run into the Stadium, before setting up to support the Half Marathon and Marathon runners. 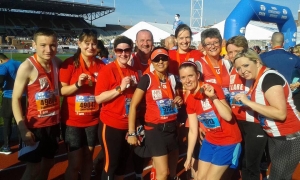 As the afternoon heat rose above 20 degrees, the Half Marathon runners prepared for their 1:20pm start.  Whilst George sprinted ahead to complete an excellent 80-minute half, Mike, Colin, Paul, and Matt battled to keep up.  The polite applause from the locals was drowned out by the HPH spectators on the route, as Amsterdam was shaken awake by our own brand of Yorkshire-style vocal support.  Great running, and fantastic Hyde Park Harrier support all-round. 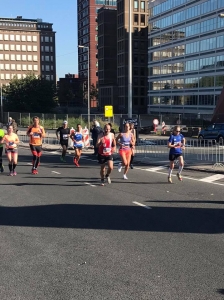 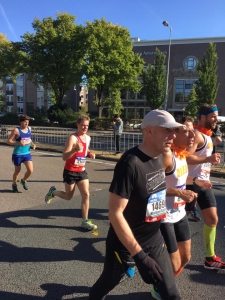 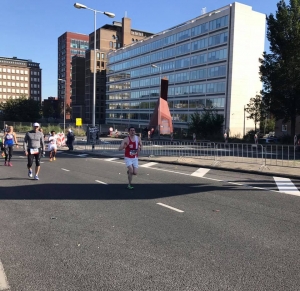 We then retired to a great restaurant overlooking the noordzeekanaal that Robin (s) very kindly booked.  Undeterred by the 12 bottle of wine, 3 bottles of prosecco, and 20 pints of Dutch lager – we left the restaurant and pushed on past the Amsterdam Tower security team, to complete the traditional Kenyan post-race drink of 3 tequilas and a gin and tonic. 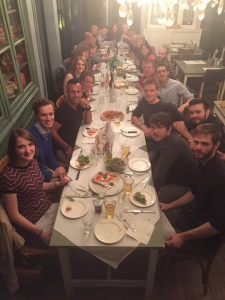 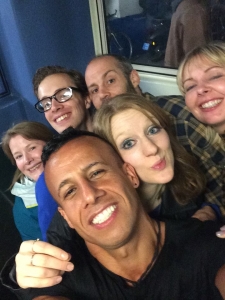 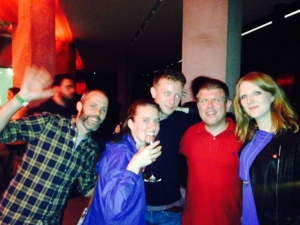 Thanks to the Dutch Police for allowing Paul Sawyer to go free (without charge), special thanks to Becky for organizing- and thank-you to all the Harriers that contributed to such a brilliant weekend.  See you next year! 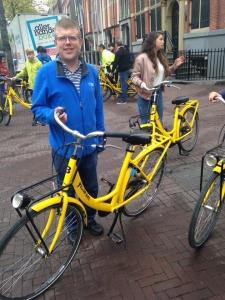 RT @RunLeeds Our last route of the week is the Roundhay Hippo. Perfect for the #StravaArt newby, we've loved seeing your attempts so we thought we'd share it again. This 5-mile route goes through the residential streets of Roundhay & Moortown. See the full route here - buff.ly/37ZLfpO pic.twitter.com/WqeO…

@SthLeedsLakers @littleharryhawk @LUFC We're not sure the canal bends that way either... 🧐

@ChapelARunners @NorthBrewCo Love this! We had at least one pair out on the route today - and a few weekend attempts in the planning!

RT @Clareycoco Proud of my Mum @maevediane and our @HydeParkHarrier C25K group for completing their challenge this morning in Woodhouse Moor Park. Massive effort from runners and coach John. pic.twitter.com/cCy1…