The 3rd and final John Carr was a cooler evening and 24 Harriers (16 men and 8 ladies) took the chance to get a fast 5K in and score points in the club road championship.

Only 2 had done all 3 and they were Phil Goose and Richard Edwards, both posting there fastest time at the final race.

Liam O’Brien was first Harrier home in an excellent 3 place after a tough battle for the win.  He claimed top honours in his age group and was 21 seconds faster than his time from the first race.  This gives Liam top points in the 1st division.

George Anderson on his first John Carr of the year was next home in 16.56 and this was good enough for top points in the mens 2nd division.  Philip Goose claimed top premier points with his fastest time of the 3 events in 17.16.

10 men were on there first John Carr of the year and 6 were doing at least there 2nd with all 6 going faster and some nice PB’s as well.

In the ladies Lucy Rider stormed home as first Harrier with a time of 21.36 and takes top points in the 1st division.  Clare Evans was next and couldn’t quite manage to go faster than her first race time.  Laura Cummings was 3rd home and scores well in the premier division.

Top premier division points goes to Rebecca Rogers after her time from race 2 while Nicola Shenton also from race 2 claims top points in the 2nd division. 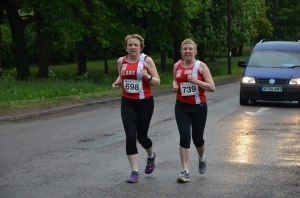 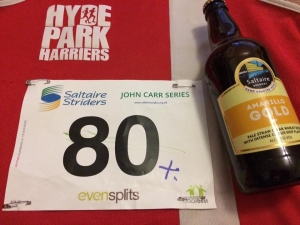 RT @GoodGymLeeds This weekend we have a bonus additional group run, at 2:30 on Saturday afternoon @HPBCLeeds. It's a great introduction to GoodGym if you've never been before as 1) It's in the daylight 2) Its a lovely short run/walk Sign up here👇 goodgym.org/happenin…